Hello lovely people! I'm finally back for an update, and I've got some good progress to share.

March was a pretty hectic month for me, and my stitching was all over the place trying to meet the challenge in FCF (which I did, by the way). I kinda wish I had stuck to my planned rotation, but it was also nice to touch on so many of the projects I did, even if for just one day. Most of those projects are scheduled to be worked on again, so I'll share pics when I get to them.

In the meantime, I finally managed a huge finish I've been working toward for quite some time. Yup, I finished Elizabeth Oliver: 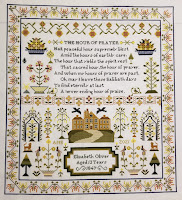 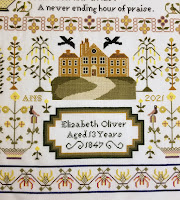 I haven't added up my total time and stitches yet, but she did take me 162 days to stitch. This was the second sampler I ever started, and there's a lot I would do differently if I were starting her now. For starters, I'd have stitched her on a higher count to make her smaller (she's 22.5" x 25" on 32ct). And I would have changed some of the colors, particularly the yellow and pinky brown. (Fun fact: 407 is my least favorite DMC color.) She does have some blended colors, and I love the way they look, but a variegated thread might've been just as nice.

Overall, I'm thrilled with how she turned out, and I actually took her to the framer's the same day I finished her. It's still kind of surreal though. I finished her on April 10th, but I could've finished her a bit sooner. Unfortunately, when projects I love are nearing a finish, I actually find I don't want to work on them, probably because I don't want to let them go. And also, I let myself get totally distracted by a new start.

So I have finally caved in and started the Modern Folk Embroidery sal. I really thought I could resist, but I've been seeing it everywhere and the fomo is real. So I spent a couple days trying to pick out some colors and just started: 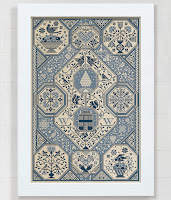 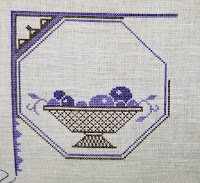 I think my palette could use a little tweaking, but I was way too impatient for that. The purple isn't as light as I had pictured in my head, and the brown isn't as dark, but it's the only brown that wasn't too dark or didn't clash with the purple. And of course there's more than 2 colors there. I just couldn't decide! So I'm using a handful with two darks, two lights and a mid tone. 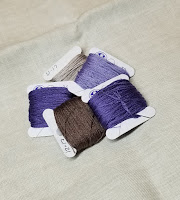 This arrangement was purely happenstance as I was sorting colors. They ended up in a pile, and I went with it. So it's DMC 30, 31, 32, 779, and 451. The fabric is 40ct Latte by XJuDesigns. And if you haven't noticed, it's an uneven weave, and I actually kind of like it. I counted it out, and it's 41 threads in width, but 44 threads in height. So my octagons will be a bit squished.

My focus piece for April is Luna and I've already managed to finish off page 20 (and yes, her hair is finally complete!): 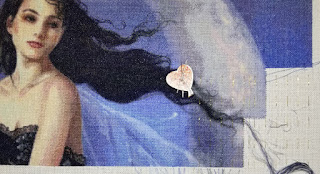 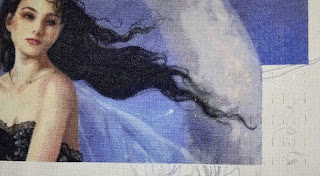 Had a warm start (highest was 77) but mostly 50s and 60s. The painting on the shelf adds a really nice touch, doesn't it?

Ok, I think I'm mostly caught up now. Hope you all are enjoying the changing seasons. Until next time! 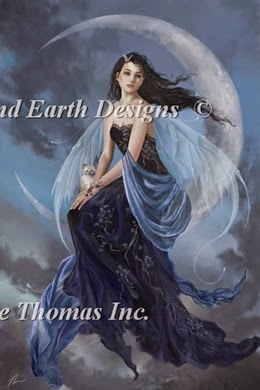 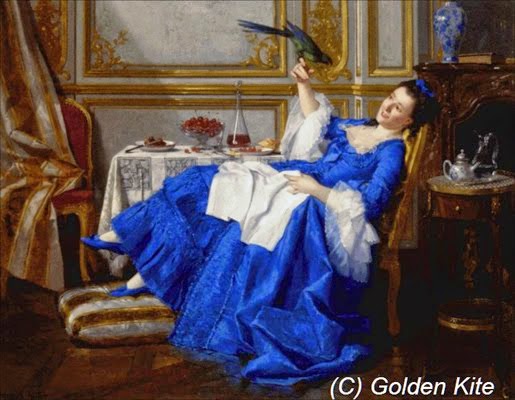 Progress on The Favorite Bird 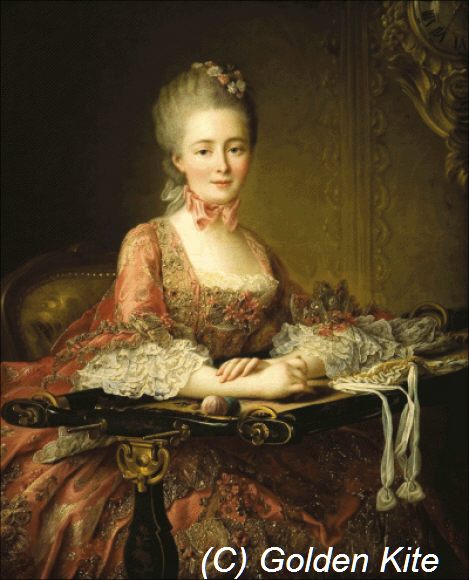 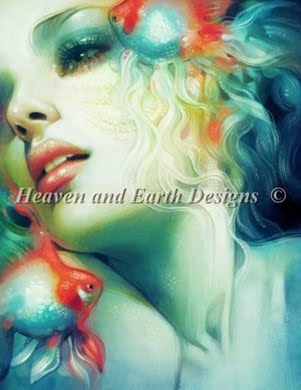 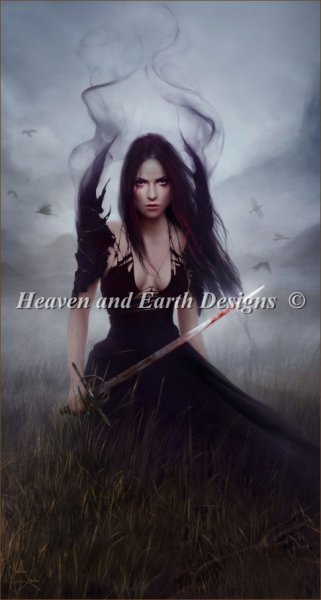 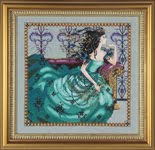 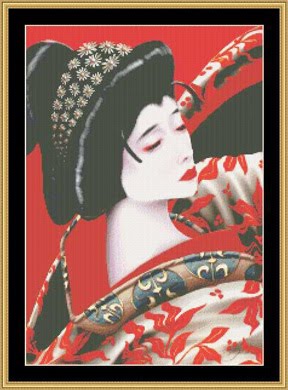 Progress on Crystals and Crows 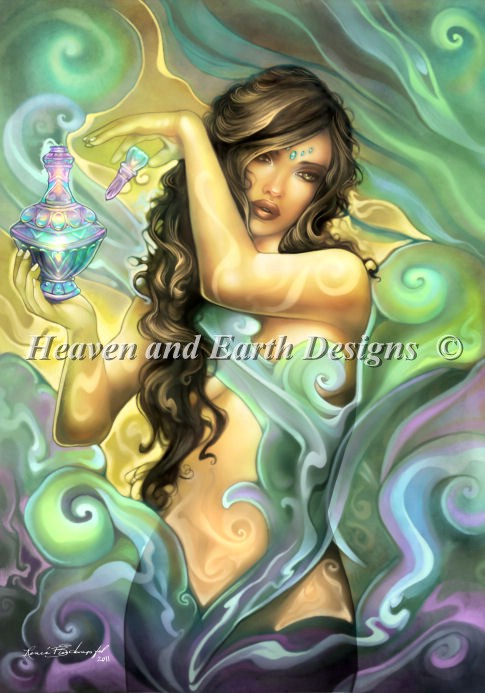 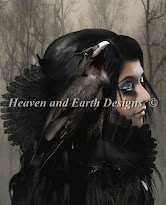 Progress on Mädchen Am Strand 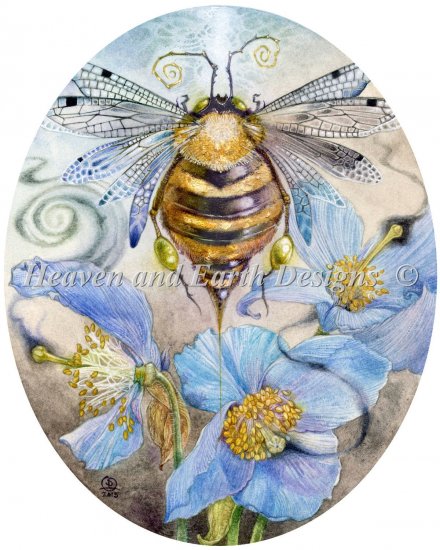 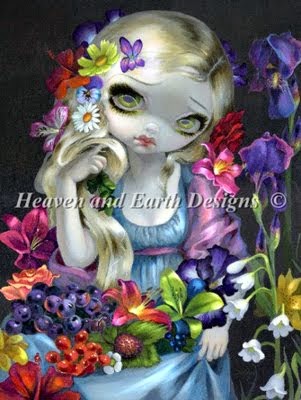 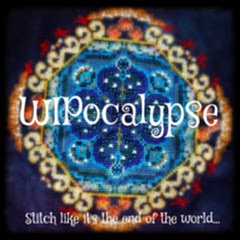